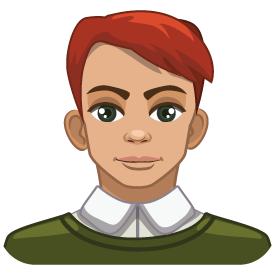 Last year, I bought a new car. Rather than trade in my old one, I decided to sell it myself. Before I put it in the market, I took the car to a local shop and got my old baby a new paint job. The new paint made all the difference with the car. While operationally it was sound, the outside was not all that great. After the fresh coat of paint, the car generated a lot of attention from prospective buyers. I even had a bidding war going on between two parties who really wanted it. If you have an older vehicle to sell, it pays to invest in a new paint job. Let me tell you more about why this strategy works. Follow my tips for selecting the color and the paint type, and you'll get a great price for the old jalopy.

Selling Your Older Car: Why a New Paint Job Matters

How to Remove Small Dents From Vehicle Bodies

If your vehicle has a small dent from a minor accident, such as accidentally bumping it against something, you don't necessarily have to see a mechanic. Fixing it yourself is usually much cheaper than a repair shop or making an insurance claim.

Minor dents not only detract from the appearance, but they also can decrease the resale value. Here are tips to repair minor dents on vehicle bodies.

For this project, you need:

If the dents are on the door, removing the door makes the repair easier. Detach the hinges by removing the bolts with a wrench.

Wash the dented area with liquid dish soap. Gently press the plunger on the slippery surface in the middle of the dent.

Pull it in and out as if you are plunging a toilet. Pull harder each time you lift the plunger.

Keep the dent area moist, but ensure the water is clean. The suction action should pop out the dent. If it doesn't work, wash off the soap.

If the vehicle has been sitting in the sun all day, you may be able to remove the dent by hand. Apply a cold, damp cloth over the dent to pop it out.

Tape aluminum foil over the dent to protect the paint. Hold the lighter flame over the dent for thirty seconds to one minute. You may also use a hair dryer instead of a lighter.

Remove the foil, and spray the dent with compressed air. The dent should pop out.

Dry ice can be applied to small dents on horizontal surfaces, such as hoods. Dry ice is carbon dioxide in a solid state. Never handle dry ice without gloves and safety glasses, as it may irritate your skin.

The chemical reaction between warm air and the coldness of the dry ice should shift the dent back in place. Repeat the process, if needed.

Your vehicle will look as good as new with this simple repair. If you don't trust your skill, the dents still remain, or the dents are too large, talk to auto body repair shops like Lombard Body & Fender Inc for advice.